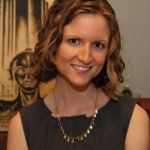 I am a historian of modern Europe, specializing in the history of science in the early 20th century. I am interested in digital pedagogies, mapping, and network analysis. Previously, I served as the Curb Center's HASTAC scholar. Before coming to academia, I worked in the tech industry wearing many hats, including programmer, graphic designer, and web designer.